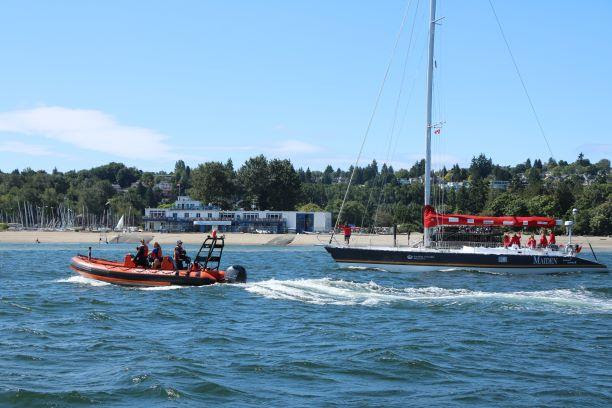 Jericho Rescue Team member, Theresa Riedl completed her journey from Honolulu to Vancouver aboard the all female crewed “Maiden” last Saturday morning. A brisk 20 knot breeze kept many well wishers on the Jericho Pier rather than in the planned flotilla of welcoming boats, but the Jericho Sailing Centre and her Jericho Rescue Teammates were a welcoming sight at the end of Theresa’s 16 day ocean crossing.
Maiden made history as the first all female crewed boat to compete in the Whitbread Round The World sailing race in 1989/90, finishing second. Maiden is currently on another round the world sailing campaign to raise awareness of women in sailing as well as womens’ empowerment and education. Theresa was chosen as a crew member for the Vancouver leg of the tour. 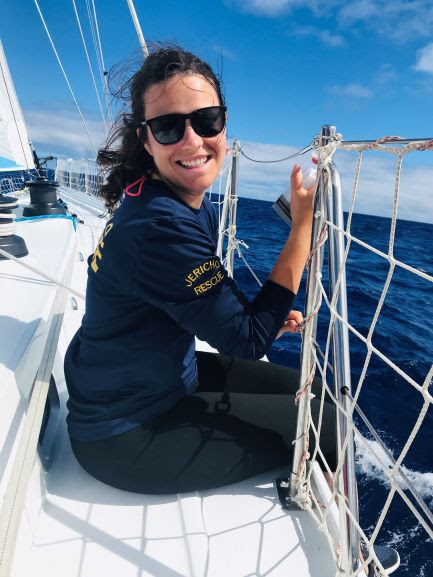 Maiden is in Vancouver for the next few days before she sails on to Seattle. Anofficial welcoming ceremony will take place on Saturday, August 3rd at the St. Roch Dock in North Vancouver from 1100H-1200H with a public viewing of the vessel to follow from Noon-1600H. Everyone welcome!
Several members have been to see the Maiden movie which is currently playing in Vancouver at the Cineplex Odeon International Village. Word is that it is the best sailing movie some have ever seen.
https://www.themaidenfactor.org/
Check out the Maiden movie trailer:
https://www.youtube.com/watch?v=4SGpb6K9C5s