There is something distinctive about life here on the left coast of Canada, in this province of British Columbia, that easily inspires people to follow their noses down along the salt scented Pacific air beach path, to mess around in boats at the liquidy source of all life- it is our very essence.
It’s not something that started in this generation or the last, or even in the time since British Columbia first boarded the good ship Canada in 1871. As long as people have lived near these sand swept, rock reinforced Pacific Ocean shorelines they have felt an intimate connection with the sea and nowhere is this more apparent today than at the Jericho Sailing Centre. 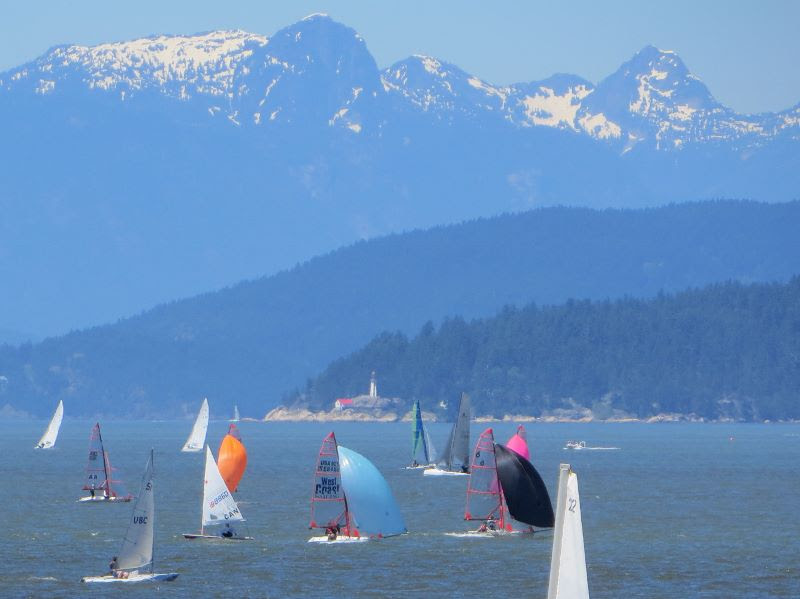 From the relatively landlocked hub bubs of Toronto, Montreal and other Canadian population centers it’s hard for non-Pacific inhabitants of our country to imagine we BC left “Coasters” without sandals, surf shorts, super shades, sunscreen, sun tanned skin and hair blowing in the wind, well bent on a good time at the beach. (Perhaps the leading catalyst for Easterners who jump ship west). On BC Day the beach is where many of us will simply “be”.

If the weather fits the long range forecast for our provincial holiday (and for the real Jericho junkies even if it doesn’t), the waves of English Bay will be streaked with the wakes of a thousand tiny ship trips launched from Jericho Beach out of Vancouver’s low cost ocean community centre. The kayak, rowboat, sailing dinghy, windsurfer, stand-up paddleboard, skim board, or other naturally powered craft you command could be among that holiday flotilla.
This Monday make plans to exercise your “Be Sea” essence. Live it up to the beat of the provincial motto “Splendor without Diminishment”, throw on your surf shorts and sandals, slap on some sunscreen and your shades, turn your back to the east with a great big smile and come celebrate BC Day at the Jericho Sailing Centre.